Pictorial adaptation of The Dread Departure


To view the presentation on the play on your laptop or computer, click on the following  title of the play :


To view the presentation on the play on your mobile, click on the following  title of the play : 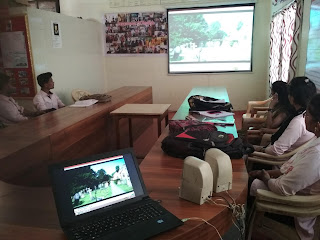 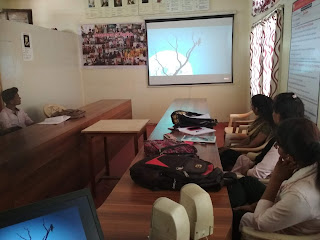 visual explanation of the poem "elegy written in country churchyard" by Thomas Gray  B A III on 13/10/2018. all students enjoyed visual presentation

Class: B A I (O) English
Date- 22nd January, 2019. Time: 12:00 pm to 2:30 pm
Report on the screening of drama “Mahanirvan” by Satish Alekar
Satish Alekar’s, a renowned Marathi playwright, drama “Mahanirvan” translated by  Gauri Deshpande is prescribed to B A part I Optional English class since 2018-19. The drama deals with the theme of death and its consequences. The playwright makes the parody of the customs and rituals that follow after the death. The drama is also absurd type. It is known for its dramatology.
The mail characters are Bhavurao, Nana and Bhavurao’s wife. The neighbours also play vital part in the drama. 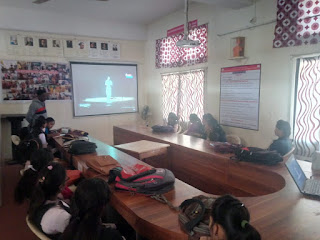 Screening of the short film ‘Shroud’ adopted of Kafan a story by Premchand Class : B A I (optional English)

Report on   Activity: Screening of the short film ‘Shroud’
Class : B A I (optional English)
\Writer :  Premchand
Director : Gulzar
A short film adaptation of Premchand’s (famous hindi and urdu writer )Shroud was shown the students of B A I class (optional English) on Wednesday 11/7/18. Twenty two students were present. Some students from B A III class were also present. Dr P P Lohar explained the changes that are made while adopting the original story. 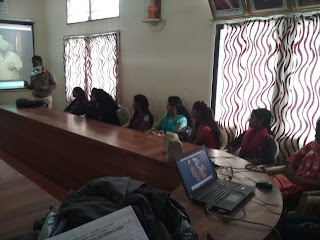 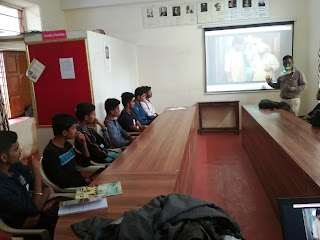 First of all let me thank to the principal and department of English, Minalben Mehata Mavidyalaya, Pachgani (Satara ) for inviting me as a resource person on 6/2/18. The topic was "English for Competitive Examination". I had very good experience of enthusiasm of teachers and students and of course hospitality in the college. I found students listened to me careful and took down notes on the preparation of competitive examination.  I also experienced need of professional teachers who would train students in English in line of competition. The students were promising and eager to know. They enthusiastically participated in the question and answer session. after theoretical lecture, I gave them an assignment they solved it very impressively. Unfortunately because of time restraint I could not cover all aspects. 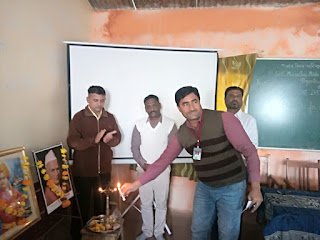 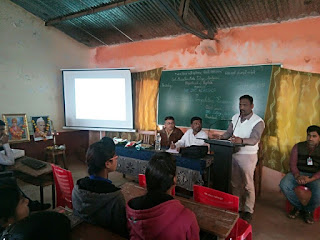 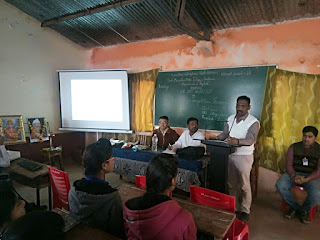 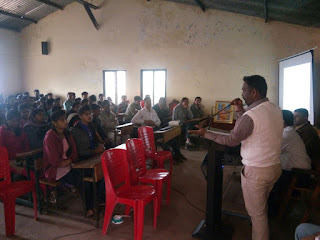 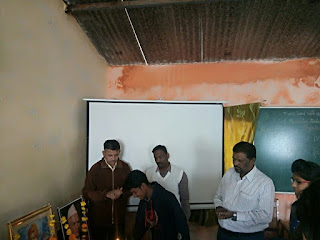 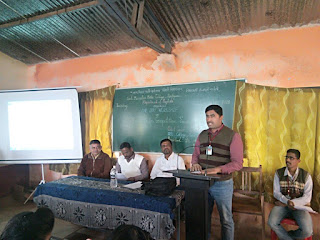 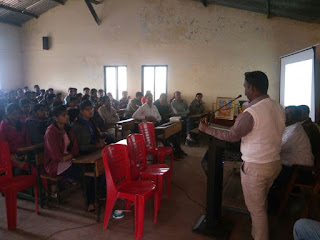 It is a great experience to teach with ICT tools.
Class B A II
Sub ENGLISH compulsory
Topic  Summary Writing
Attendance 35 students 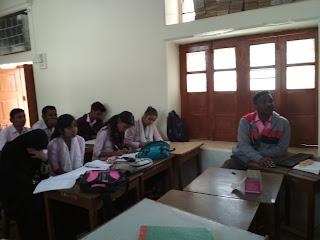 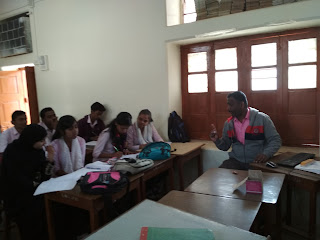 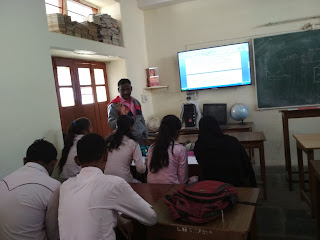 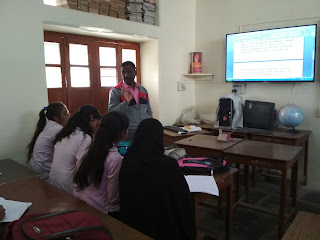 Today, there was an organization of speech by a renowned journalist Shri Ketakar on the topic "21st century and changes in the world". Since he was a seasoned and experienced journalist his speech was very impressive. He made a very intelligent presentation on the topic. There was a post-speech discussion on the world politics. The major issues he covered in his speech are world politics,  fundamentalism and terrorism, the western selfishness, environmental problem, and technology influenced generation etc.  However, personally, I was not much influenced, for the following three reasons:
1. His speech though very logical was an example of gaining popularity by cursing the party in the power.
2. He presented one-sided view i.e. what he understood the world.
3. His thoughts were idealistic.  I mean he expects people to think globally. This is not practically possible as people are engrossed in the day to day life.

I feel people are fed up with the idealistic thoughts and want the changes at ground level. Still,  many years after Independence, we are not able to solve the problems of thirst and hunger. Idealism only consumes the time. Corrupt leadership and feeble minded people are occupying the upper posts. Therefore, India is not progressing. Difference between the speech and act is a major cause of degradation of Indian society.
at December 26, 2017 No comments:

Pictorial adaptation of The Dread Departure

To view the presentation on the play on your laptop or computer, click on the following  title of the play : The Dread Departure To...

Pictorial adaptation of The Dread Departure by Dr Prashant Pundlik Lohar is licensed under a Creative Commons Attribution 4.0 International License.